Home
How To
Things To Know Before Buying a Laptop – 2022 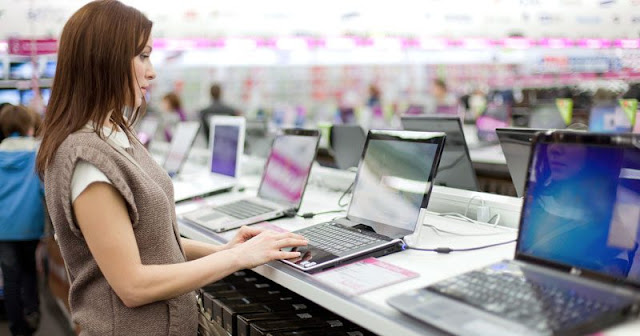 So you are in the market for a new laptop huh!
Well, whether you want to build one or buy one or whether you have a really good idea of what you specifically want or you have no idea.
This post aims to help pretty much everyone by going over what Things To Know Before Buying a Laptop or laptop buying guide and looking for parts or buying an entirely new laptop prebuilt right off the shelf.
Because both are valid options depending on what you are going for and you probably already know what you want to do so am not going to try to convince you to do one or the other.
Let’s get into what you should look for in that laptop itself! But there is also other stuff that isn’t really related directly to the physical part of the laptop.
How much Storage do I need on my Laptop

CPU (Processor)
The first thing to look at clearly is the CPU, it is the brain of the laptop. But what most people look at is whether it is like an i7 or i5 or an i3.
Well, they just happen to know that i7 is the best type of CPU, or even if you are looking at AMD. There is the Radeon 7, Radeon 5, kind of corresponding to Intel’s.
But a lot of people don’t really consider that well, it is just not i7 or i5 as if they are the same exact CPU.
Because not only are there different years of i7’s but there are also different models of each CPU within each year’s i7 line!
Well, you can just say, this has an i7 and that is going to be equal to all others. You are going to want to look at which i7 that is specifically and compare that on Intel or if it is a Radeon 7, on AMD’s website.
See how that stacks up against the other CPU’s in that line and maybe you don’t know a lot about the individual little specs of the CPU.
But you can at least get an idea of where that CPU stands and whether it is justifying a high price compared to another laptop right next to it on the shelf that cost $500 less and it is just one step down.
So that is something you want to look at: the CPU, model of CPU and really looking into that and don’t just say oh well, it’s an i7 and it must be the best.
Uses of Laptop in our Daily Life
RAM (Random Access Memory)
Next has to do with RAM and we are not just going to talk about the amount and we are not even going to just talk about the frequency but we will talk about the amount first.
So obviously, 4GB is probably the absolute bare minimum you will want in a laptop.
I will recommend at least 8GB of RAM and that will pretty much cover anyone’s typical usage.
If you are going to be using high-end gaming or want to do video editing, or something a little bit more than standard usage, I will say.
If you can, bump it up to 12GB or 16GB and if you need 32GB, you will definitely know it. So anything above 16GB is probably overkilled unless you have a specific reason for that.
Now as for Frequency, yes! That is something you need to look at but a lot of people forget about another very important equally important actually spec. Which is the Latency of the RAM.
They go hand in hand, Frequency, and Latency because you can have a very high frequency but that also means that you are going to have higher latency and a lot of times this may actually cancel each other out.
So rather than trying to explain the relation between latency and frequency and spending the whole discussion on it, I will put a link to another article on my old blog where I talked about what latency is and how it relates to frequency and everything you need to know because it is actually something that is very essential.
It will save you money because most people don’t really know what latency is! It is just important as frequency and if you don’t know what latency is, and you could be spending more money on something that is not better.
But I will say if you go for high frequency all the time, you probably going to be overpaying because that is what people think is worth more money.
They are going to be paying more money and then manufacturers charge more but you can probably save more money by going with low frequency and lower latency RAM and get just as much performance for cheaper.
Operating System
I will hope you know whether you are buying a Pc with Windows or MAC but I don’t know, am not going to assume anything.
But obviously there are different editions of windows, there is Pro, there is Home.
If you don’t know the difference between what Home and Pro are, I will just get Home! You won’t really use Pro but the one thing to watch out for! I made another post about talking about this Windows 10S that Windows came out with, don’t get that, don’t get Windows 10S! It is garbage, just trust me on that one.
If you are going to be buying a prebuilt laptop, one thing you want to look at is what bloatware is pre-installed on there.

For storage, whether you want are going with an SSD or hard drive. I will say always get an SSD if you can.There is really no reason to go for HDD on a boot drive especially.
If you are going to be storing a ton of data and you know that, I will get an SSD for your main drive and install your programs and then yes get a big giant HDD for all your data but SSD’s are years ahead of HDD in pretty much every way especially.
if you have a laptop and the reason are numerous for this mostly because if you have a laptop, that is going to be moving around a lot. An SSD has no moving parts which are why it is called a solid state and a hard drive does! It is spinning platters, the arms moving back and forth even having it sitting on your laps.
That’s going to introduce a lot of movement even though it is a 2.5-inch drive where it is going to generate less heat, might last a little bit longer than a 3.5-inch drive.Then, you want to go with SSD which is more adorable, which is even more important for a laptop which is prone to be tossed or dropped when it is running.
Not to mention that a lot of times, if you go with a regular hard drive if you are on a laptop, it is going to be a 5400 RPM drive especially if you buy one prebuilt and that is going to be way slower than a standard 7200 RPM drive on a regular desktop.
So you are going to be not only slower than an SSD but you are going to be slower than a regular typical hard drive you will see in a desktop.So, it is like there is no reason not getting an SSD on a laptop and even on a desktop, you want one just for the durability and speed is so much more.
Graphics Card
Finally for the core component that you have to look at is the graphics card.
Am not going to get too in-depth into the specs of that because when it comes to graphics cards, typically if you are going with the latest generation, you know, the more you pay the better.
You are going to get and just get the best one you can afford but you want to look at the outputs and especially on laptops this is important where you might be trying to hook tv up to it.
So I will recommend getting something with an HDMI and also display port because a lot of monitors these days are supporting display ports either exclusively. But if you want the best quality, display port right now is probably the best connection but you won’t really see that unless you are on a Mac but they do exist on Pc.